Trending
You are at:Home»CCTV Articles»Analytical technologies for a superhuman command and control 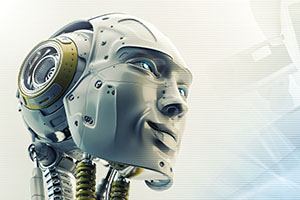 Gone are the days of a security officer just sitting and watching a few security monitors. In today’s modern world of CCTV, analytical technologies have made it possible for humans to become superhumans.

Traditional security command centres included multiple closed circuit television (CCTV) monitors that provided centralised surveillance technology, giving security operators the ability to expand their limited physical area-of-coverage. Thus, instead of patrolling a select location, a security operator can now split their attention to multiple locations, panning back and forth from different areas-of-interest from the comfort of a chair. They can use their keen eye on a wider scale, but at the cost of a more fragmented approach. Active surveillance works better when there’s little activity, but a crowded venue or CCTV monitor creates natural blindness, we are only capturing snapshots in time of the activity. We are only human. Analytical technologies have made it possible to become superhuman.

The linear experience made it somewhat less complex and so, all we needed to do was sit back and watch. As an entertainment venue, television delivered information, but there was no interaction. The television changed society by informing the world what was going on around them and world-wide. Just as society became smarter with the information provided by television, security personal became smarter with CCTV.

Monitoring and security professionals are trained to be alert, observant and smart because monitoring security cameras is not linear, but the beginning of our new interactive media world. When a security professional observed or was radioed suspicious activity, they would need to evaluate and respond immediately, based on their experience and training and internal security policies and procedures for risk assessment, criticality and effectiveness.

However, there was always an inherent inefficiency in ‘human eye’ surveillance of multiple monitors presenting linear video, because of human nature. We can be easily distracted because we are not wired to absorb every single detail from a linear video presented to us, and studies show that the effectiveness of an operator monitoring two security cameras drops 95 percent in about 22 plus minutes. This is due to a number of issues from environmental ergonomics to behavioural; being bombarded by information overload.

The world has changed dramatically since the invention of CCTV, which is nothing more than a linear collection of silent moving images. Security operators cannot absorb the necessary information fast enough because everything moves faster and there are too many monitors and not enough trained eyeballs to decipher their meaning. Monitoring operators typically work in four to eight hour shifts, and with hundreds of cameras, an active approach to surveillance becomes cumbersome and costly, and still plagued by the basic fact that human beings will have a difficult time monitoring live video feeds for extended periods of time.

Dr Richard Mayer, a psychology professor at the University of California, has done extensive research concerning cognition, instruction, and technology in multimedia learning, and thus proposed a ‘cognitive theory of multimedia learning’. He wanted to replace the behavioral perspective (what classrooms have been like most of the last century) on multimedia instruction with a more cognitive and constructivist approach. The behavioral perspective sees students as passively absorbing new knowledge, using practice activities, and memorisation, while a cognitive and constructivist approach in more ‘like real life experiences’ or ‘interactive’.

When an animation about how a bicycle tire pump works was presented concurrently with systematic narration, the students significantly outperformed those who just read a textbook. Additionally, using spatial contiguity (printed text, with related pictures near or integrated) students showed significantly better recall and problem solving skills (faster), than those that just read a textbook. When reading a book, or watching silent video imagery, you’re using a single channel of data consumption. When seeing imagery, listening to narration, and reading words together, as in a graphical user interface, you’ve opened up three channels of data consumption. Theoretically, you can absorb the information three times faster, or in the case of a security operator, you can make a decision three times faster.

Designing a centralised, interactive, intelligent command and control centre integrates all security assets, available application technologies, alerts and alarms, and then presents them to the security operator faster, through multiple communication channels to provide them with the information they need to make the right decision, at the right time. The convergence of media, communications and data analytical technologies creates a multimedia command and control centre using analytical intelligence to provide security operators with a brain centre formulated to immediately teach them about active and previous incidents, their level of severity, and give them the information they need to sit up and take rapid notice, and be superhuman.

For example, while the security operator in charge of a few select monitors is watching the latest crisis on CNN, or reading a text, a backpack is left behind at a train station. Analytical software continuously analyzes every frame of every video stream being presented and/or recorded. The threshold is two minutes between when the owner and the backpack separate. If that owner doesn’t return in two minutes, an alert is generated in the software, which initiates a series of events that generates an alarm. That alarm includes a range of multimedia elements including changing the lighting in the command and control centre to red, signifying an alarm has been triggered. An audio alert is activated because the analytical software has identified the backpack owner as having left the station on a train. On the far left video wall, alarm tiles showing video footage is presented. One from two minutes ago, one with live footage, another of a PTZ camera zoomed into the backpack in question, and yet another following the backpack’s owner into the last train leaving the station. An interactive map is presented onto the video wall of all other security cameras, and GPS coordinates of all mobile security vehicles and officers in the general area, along with the trains leaving and entering the station.

Meanwhile, facial recognition has identified the backpack owner by cross-referencing the face capture with world-wide databases and presented his identity not only on the video wall, but to each mobile unit in the vicinity (smart phone, tablet, laptop). The security operator has since taken notice, thanks to the multimedia alarming, spoke briefly with his supervisor and clicked the alarm function on his workstation to send a message to the rail dispatch to stop the train the backpack owner is on, and all trains scheduled to enter the station. After quickly reviewing all the data before him, the supervisor approves an evacuation of the station via the two-way audio paging system built into the camera. The bomb squad enters the station shortly thereafter. This superhuman system can also provide automated audit trails, trend analysis, effective risk management in an ever changing environment, statistical data, incident reporting and budgetary risk assessments.

By making today’s technology work for you, instead of working around the technology before you, important decisions can be made within minutes, saving lives, property and time, because in an ever faster moving world of video clips and twitter, time becomes even more crucial.

Anthony Caputo is a Director at Avrio RMS Group (www.avriormsgroup.com), which has the largest number of wireless security camera deployments for municipalities in North America with more than 100 cities. He is the author of the best selling Digital Video Surveillance and Security for Butterworth-Heinemann/Elsevier, with a new edition being released next Spring. You can contact him at www.tonycaputo.com