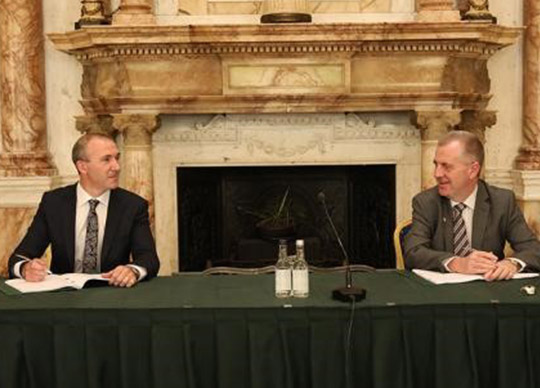 HID Global has been awarded Ireland’s Department of Foreign Affairs (“DFA”) contract for the passport issuance and processing system. The contract will see HID Global provide a new operating system for the Department’s passport service.

Craig Sandness, Senior Vice President and Head of Secure Issuance and Citizen Identity at HID Global said, “We are very excited about this award, which extends our relationship with Ireland. The new service will be designed to meet all the requirements set out by the Department of Foreign Affairs in terms of security and data privacy, using technologies which already protect the personal information security of citizens in other countries.”

Simon Coveney T.D., Ireland’s Minister for Foreign Affairs said, “My Department is partnering with HID Global to deliver a more modern and efficient Passport Service for Irish citizens. Over the last number of years, the passport service has delivered significant change through the Passport Reform Programme. In order to continue to provide a world-class service, we are partnering with HID to upgrade and replace the current passport service operating system. Completion of this project will result in a standard, scalable and resilient technical platform that will be capable of handling increased application volumes while maintaining the high standards of security that are a hallmark of the Irish Passport.”

The new solution will be designed by HID Global in partnership with Irish companies AG2 and Inpute Technologies, and alongside the Canadian organization WorldReach Software.

In 2021, HID Global announced plans to create a new Centre of Excellence in Galway, Ireland, that will consolidate many of HID Global’s European operations into a new facility and increase headcount from 180 to 300 over the next three years.