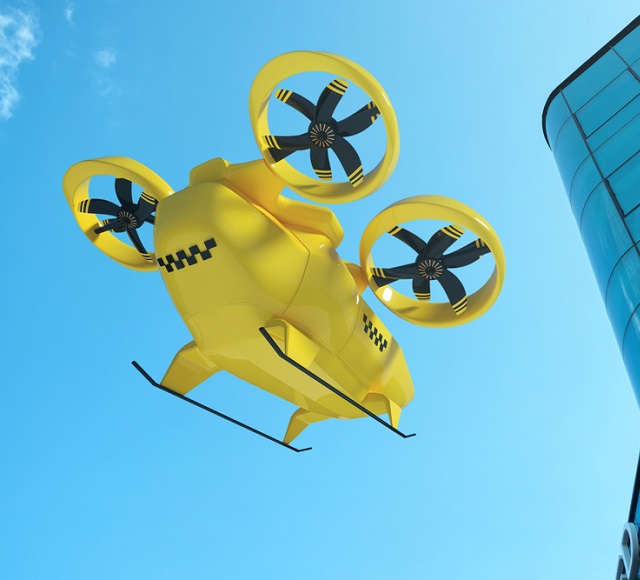 The first commercial passenger flight of an electric vertical take-off and landing (eVTOL) aircraft is likely to launch within the next three to five years with several manufacturers competing to be the first to launch, according to a new study by L.E.K. Consulting.

According to report co-author and partner at L.E.K. Consulting, Natasha Santha, all the evidence suggests that commercial eVTOL aircraft launch is “just a matter of when”.

“Los Angeles, Paris, China, Singapore and Seoul are some of the most likely jurisdictions for the first launch of commercial passenger services, based on our analysis of the industry, but we are seeing interest in AAMs across the board, including in Australia,” said Santha.

In Australia, once eVTOL aircraft are certified, and necessary operator and manufacturing certifications are obtained, it will be possible to operate initial commercial flights under the existing regulatory construct. This undercuts the current perception that red tape would prevent eVTOLs from flying within urban and regional environments.

“There are prototypes already being tested in many cities around the world,” said co-report author George Woods. “The investment into the technology is well into the multiple billions.”

“With that level of investment behind it, it’s only a matter of years before we see our first commercial passenger launch, and it may be even earlier for freight, as we have already seen in China,” said Santha.  “AAM will enhance the transport ecosystem, offering point-to-point connections where surface-based options are congested, circuitous or do not exist, displacing taxi and ride share rather than mass surface-based public transport.”

AAM could eventually capture around 30 per cent of the express post/same-day delivery market. Exact market share will depend on the configuration of distribution networks and the comparable cost of road-based delivery mechanisms. Greater uptake can be expected where low-cost last-mile connection options can interface easily and cost-effectively with eVTOL deliveries.

However, while the study found that the commercial returns of the AAM industry are expected to improve significantly over time, L.E.K. estimates it could take anywhere from eight to 10 years to deliver positive cash flows to investors and operators, with that time frame dependant on the scale of investment, and the pace of market development and use cases.

Initial industry profitability in the early 2020s is depressed by the higher cost of pilot-flown and sub-scale operations. L.E.K. expects there will be a step change in price once remotely piloted operations commence.

“The industry has the potential to be highly profitable, once the commercial drivers are aligned,” said Woods.

Further initial costs would come in the set-up of vertiports across a city or regional landscape; these could be built by repurposing existing infrastructure such as helipads, retrofitting on existing buildings or developing new structures on underutilised land. Alternatively, they can be integrated with existing ground transport through multimodal mobility stations and built on or near a train station or bus interchange.

How AAM can transform Australia’s transport sector and economy

AAM has the potential to be a city-shaping technology and could evolve to become a substantial industry in Australia, according to L.E.K. Some states are already viewed favourably by the international AAM community as potential early launch locations.

“AAM could be a billion-dollar industry for Australia,” said Santha, with many Australian cities and regions not well-served by fast transport connections. “AAM could be a more cost-effective method of providing high-speed connectivity for some city/town pairs, especially where the cost and complication of scaling general aviation, or constructing fixed infrastructure, do not justify the likely patronage demand.”

The development of an AAM industry in Australia brings several opportunities. In addition to delivering transport benefits by reducing travel times for freight and passengers and supporting the decarbonisation of the transport fleet, it also offers significant industry development and regional connectivity benefits.

“AAM has the potential to transform the way we travel to and from our regional centres,” said Santha. “Enhancing connectivity between regional hubs and urban centres will drive significant benefits to the economy and also improve access to employment, education, and services for communities across Australia. It will increase the attractiveness of regional areas for investment by other industries, increased tourism and attendance at regional special events.”

AAM is also expected to transform the aviation sector. As a new and growing industry, it presents an opportunity to attract foreign direct investment and to support economic growth.

“Once at scale, the industry will become a material part of Australian airspace,” said Woods. “The establishment of the AAM industry will also create a variety of operational and support industry employment jobs. Many of those jobs will require skills similar to those currently used in the aviation industry, thereby supporting the sector as it recovers from the effects of COVID-19.”