An experiment from The Australian National University (ANU) using artificial trees has attracted birds and other wildlife never before seen in a damaged Canberra landscape – catching them on camera at the same time. 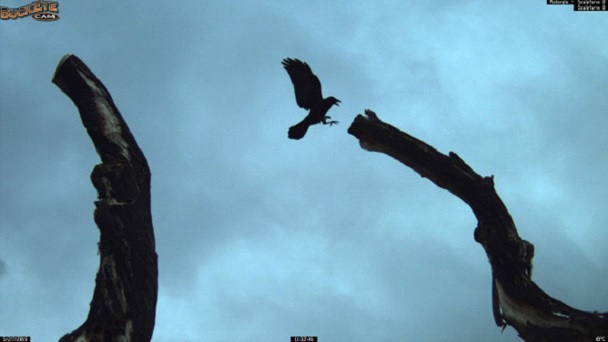 The experiment is a collaboration with the ACT Parks and Conservation Service and uses a series of power poles and translocated dead trees erected in landscape under regeneration.

In a separate project on the same site, the birds were captured on motion-sensitive cameras hidden in the artificial structures, with the footage providing a public database for species activity.

Associate Professor Philip Gibbons from the ANU Fenner School of Environment and Society wanted to test whether artificial structures could be used to provide a home for birds and other wildlife when mature trees were cut down for residential and other development.

He says the artificial trees work better than he “could have ever hoped for”.

“Even if we plant new trees elsewhere to replace those we knock down they take a century to mature and develop suitable habitats for birds and wildlife,” Associate Professor Gibbons said.

“Globally, mature trees are in decline and we’re going to see an absence of mature trees in some landscapes by the end of this century. So these artificial structures are really key to filling that gap to preserve the ecosystem.

“And from what we can see they work. Not only did they attract birds to the landscape, but they also provided a home for ladybirds, wood spiders and microbats.”

“The structures can only do so much and we found 37 per cent of bird species that live in mature forests did not venture into the artificial structures,” he said.

“We need to preserve as many mature trees as we can, continue to plant more new seedlings for the future and then raise these artificial structures if we are to mitigate this deficit of mature trees for future generations. 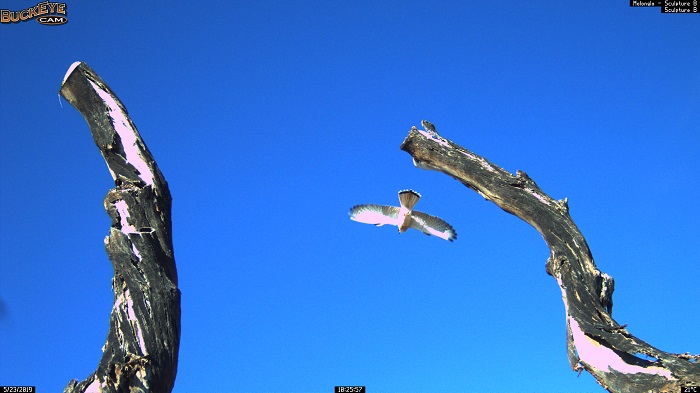 “At the end of the day, you can’t beat real trees. But they can take years to grow. So this is a great option in areas needing regeneration or while you wait for trees to mature.”

The study area, a 50-hectare site at Barrer Hill in the Molonglo Valley, has been set aside for regeneration to offset mature trees and other native vegetation cleared for new suburbs.

The final piece of the restoration project was a “living art sculpture” created from a 400-year old yellow box tree cut down in a nearby suburb and re-erected in the offset site.

Dr Mitchell Whitelaw from the ANU School of Art worked with American architect Joyce Hwang from University of Buffalo and Darren Le Roux of ACT Parks to install motion-sensitive cameras into the tree-sculpture.

They’ve captured images of more than 23 bird and animal species using the structures including a peregrine falcon, nankeen kestrel and tawny frogmouth.

Dr Whitelaw’s database of pictures and videos is available at http://molonglo.life/#!/

People can watch and contribute to the content by tagging and identifying species.

“As well as some delightful and beautiful images, we’ve caught footage of a currawong raiding a starling’s nest. This is the sort of action in nature people just don’t get to see every day,” Dr Whitelaw said.

“The database is a real-time record of the restoration of an ecosystem. We want people to feel connected to these public places and the wildlife in them.”