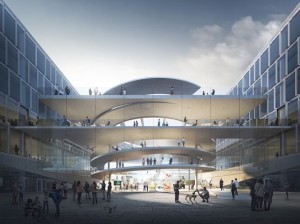 The 4000m² advanced manufacturing test bed facility at Flinders’ award winning Tonsley Innovation District is expected to play a key role in providing state of the art facilities to explore the application of new technologies capable of manufacturing next generation products.

Professor John Spoehr, Pro-Vice Chancellor, Research Impact and Director of the Australian Industrial Transformation Institute, has welcomed a $20 million commitment from federal Labor, announced by Opposition spokesperson for Innovation, Industry, Science and Research Senator the Hon Kim Carr, and is looking forward to support from all sides of politics.

“This is an initiative that transcends politics and is deserving of broad support in the state’s – and the nation’s –  interest” Professor Spoehr says.

“Advanced technologies are transforming manufacturing around the world, fuelling the growth of new and existing companies and generating thousands of well-paid and rewarding jobs, ” says Professor Spoehr. 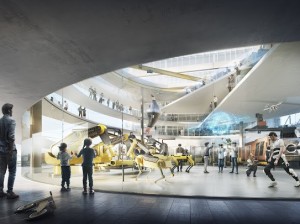 ACIM will be established with a mandate to create jobs and promote growth in areas of strategic importance to Australia including defence and aerospace, construction, medical devices/assistive technologies, wine and food and minerals and energy.

“Step change strategies are needed to enable Australia and SA to be at the centre of this technological revolution. Large scale ‘Factories of the Future’ are playing a key role in accelerating this transition in the UK, Europe and the United States because they bring researchers and companies together in purpose built facilties to explore innovation of existing technologies and experimentation with new technologies.”

Advanced manufacturing technologies featured at ACIM could include:

ACIM will be an affiliate of the Advanced Manufacturing Research Centre (AMRC) in Sheffield, UK – the world’s leading advanced manufacturing accelerator funded by the UK Government’s Industry Catapult Program.

The centre will also work closely with the University of Strathclyde’s Advanced Forming Research Centre (AFRC) to support the application of new manufacturing technologies for shipbuilding.

The future factory is expected to generate $182 million in economic activity for South Australia and create more than 750 jobs.

It will incorporate more than 200 academics from Flinders, employ an additional 20 researchers and technical personnel and be capable of hosting up to 50 industry personnel working collaboratively on multiple projects.

The facility will also provide accredited courses in manufacturing and in industry 4.0, advanced education and training for up to 1000 students each year and accommodate up to 50 post-graduate students.

ACIM has already attracted significant industry support, most notably in the shipbuilding sector where the benefits of advanced manufacturing practices will be significant.

BAE Systems will explore the potential applications of robotics and automation technologies in shipbuilding, while SAGE plans to co-locate its Skills Lab Head office and main laboratory in ACIM.

“ACIM will encourage a “can-do” culture, where students can interact with business and where business interacts with researchers to transform manufacturing processes of the 21st Century.

“We’re helping to revolutionise the way we live and work, by placing Australia at the forefront of Industry 4.0 change to help accelerate the growth of advanced manufacturing companies and jobs” Professor Stirling says.