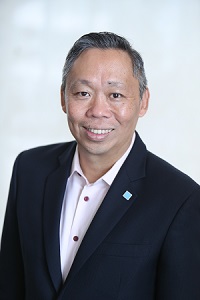 The VMS industry is undoubtedly a burgeoning one, with an expected industry value of USD5.1 billion by 2019 in Asia-Pacific.

As cameras and sensors become more advanced and emerging technologies such as Internet of Things (IoT) become comprehensively integrated with video management systems, video technology is bound to have an impact across businesses and markets alike.

So, what can we expect in the video technology industry in the coming year? Here are three trends that will continue to revolutionise the way we view video in 2019 and beyond.

Artificial intelligence (AI) will continue to augment surveillance cameras – equipping them with digital brains to match their eyes and enabling systems to analyse live and recorded video in greater volumes, but with less human intervention.

Behaviour analysis and proactive insights are already turning passive cameras into active valuable assets. For example, in cities such as Singapore and Goyang, Korea, smart video technology systems are being adopted in command centres and surveillance centres to fight crime more efficiently and effectively.

In Singapore, facial recognition technology is being trialed in Singapore by tapping into the island-state’s wide network of closed-circuit surveillance cameras. The AI-powered video system is able to recognise faces in a crowd and pick out persons-of-interest in police watchlists.

Over in Goyang City, seamless operation and management of round-the-clock security surveillance is made possible through an AI-powered system which uses video analytics to do the hard work, allowing each staff member to monitor about 100 cameras simultaneously – saving the city valuable resources.

AI-powered video technology will make even more of a mark on the video surveillance industry as the industry progresses. With an estimated 1 billion video cameras connected to artificial intelligence platforms by 2020[1], the trend is only set to take off exponentially in 2019.

In today’s modern enterprise, business leaders and key decision makers are not only placing importance on the safety and security of company assets – but are also emphasising better awareness of business processes and surroundings. This is where intelligent video technology will be able to improve business performance and reduce operating costs.

The retail sector is an example of an industry that is perfectly poised to reap the benefits of advanced video technology. The industry has come a long way from looking at video cameras as safety and security assets only. Indeed, today’s retailers have a wide range of powerful tools and capabilities, such as Internet of Things (IoT) and video analytics systems, which allow them to gain greater insights into their customers’ behaviour and in-store journeys.

For example, intelligent video can identify a person as they enter a store and track their movements around the shop. This creates a heat map which lets retailers know how long people are looking at a specific display, where the popular areas of a store are and what areas shoppers are ignoring. This helps retailers know who to promote items better and set out their store more effectively, as well as influence marketing campaigns.

Video can also identify queues, so retailers can see particular times when they need more staff, as well instruct staff to open a new checkout when it gets unexpectedly busy. This all helps retailers to optimise their manpower resources.

For retailers, such a data-driven strategy can result in a reduction in customer retention costs and the time needed for customer profiling. On the other hand, consumers gain extra benefits in terms of better services and products.

With an increasing number of connected IoT devices and the overwhelming datasets being produced, video analytics will accelerate the automation of large volumes of unstructured data to generate actionable insights and unlock business value.

According to Gartner, by 2020, 99% of enterprise captured video/image content will be analysed by machines rather than humans, up from 30% in 2018. This predication will be enabled by advanced data aggregation and automation in systems, services and software as it continues to boost video & video analytics innovation.

For example, in Hartford, Connecticut, USA, local law enforcement were able to harness video technology to hone in on a drug house based on the suspiciously high volume of traffic to that particular house[2]. Rather than spend a large amount of resources on stakeouts in cars or on rooftops, detectives were able to garner sufficient evidence for a warrant to raid the house in a matter of minutes – saving 32 man-hours in the process.

The future of video is here

The advances in the video surveillance industry are prompting organisations to rethink how they view video systems. From keeping smart cities safe to optimising retail stores, the future of video is promising. Looking ahead, as businesses start to see practical and specific business use cases of video surveillance, we can expect to see widespread adoption of video beyond security across various industries.